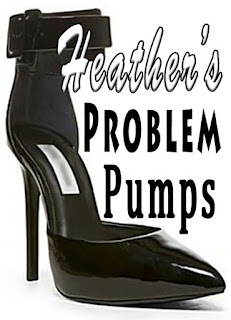 During the early 90’s in San Francisco, well before digital technology made the process fast and affordable, I sometimes worked as a videotape editor. Rental prices for a high-end editing suite, at that time, started around $2000 an hour. Editors who worked on commercial projects in those suites were under tremendous pressure to be robotically efficient and spontaneously creative. This took a hard toll. Professional videotape editors experienced the fastest burn-out of anyone in media production. I had no interest in big budget productions with freaked out investors. Instead, I took on corporate projects which, as a rule, were more low-key though there were exceptions. A fiasco I edited for Pacific Gas & Electric (PG&E) was one of them.

The utility giant had just replaced its analog pressure pump monitoring system with a computer-based network that could regulate all of the natural gas lines in the Bay Area. It was a huge technological leap that, of course, exceeded time and budget. But the best part of the upgrade was that PG&E neglected to include user documentation and training in their requirements. After switching on their new automated monitoring system, PG&E executives were shocked to discover that their engineers had not been consulted during the development. This was the first time most of them had even seen the new system and no one had a clue about how to use it. So, PG&E put out an RFP (Request for Proposal) to solve the problem with software training videos.

Through quirks of fate and nepotism, this lucrative contract was awarded to a neophyte producer from Iowa who planned to use the result as his entrée to Hollywood. This wasn’t unusual. Wannabees with well-connected friends, such as this guy named Tim, are common in powerful media markets where money can be your best qualification for an executive producer title. But in the production community then, there was the expectation that a wannabee would subcontract essential roles, such as Director, to an established professional. Tim, however, did not do this. He kept the coveted Producer and Director titles for himself and hired a local professional named Brad to pull together the grunt work that makes a production actually happen.

Brad had his own production facility on Van Ness south of Market street and was well-known in Bay Area media circles. Though Tim didn’t know it, Brad had also responded to the RFP and was not happy about losing the bid, let alone being treated like mere hired help. When Brad rounded up his usual crew, he let them know that Tim was a “special” client.

Though the production seemed to go well, the crew neglected to alert oblivious Tim about critical oversights such as getting cover shots that actually illustrated what was being said in the script. Further encouraging his blindness to folly, they showered him with hollow praise, high-fives, and even a champagne celebration at the end. All while knowing there wasn’t enough worthwhile content to produce even a single piece of coherent training material.

Every mistake in a production, from beginning to end, comes home to roost in the edit. A good Director is aware of this and will “shoot for the edit” meaning that even when inevitable oversights show up in post-production editing, there will be some cover footage to fix it. With computers today, it is possible, though arduous and expensive, to create media from scratch. But at that time, a fix was impossible when no actual footage had been recorded. No editor could magically create “the shot they forgot”. Surprised by blunders that were exposed during the edit, panicked producers would then take out their frustration on the editor who was usually the only other person in the room. “You can fix that, right? That’s your job. Piece together some shots. Just make it fucking work.” No wonder that editors burnt out so fast.

Soon after arriving on the day of the edit, I knew this would be a challenge. When I asked Tim for a shot list, he answered me with a puzzled, ‘Huh?” A shot list, documenting the best footage, is essential for a fast and efficient edit. A production assistant would have recorded at least a rough version on location during the shoot, but Tim didn’t know that and the crew “forgot” to suggest it.

Since the project was about software training, the footage was mostly hours of indistinguishable lime green computer type (state-of-the-art 1991) vibrating against a black background. Tim and I sat for days recording timecode numbers and tiny details about each screen, trying to decide what could be used for a passable edit. We followed that up with more hours of guessing how to match monotone narration with the lime green blur. Tim joked about being trapped in an endless Twilight Zone re-run.

Now realizing he’d been taken for a fool, Tim told Brad that his crew hadn’t delivered as promised so Brad needed to cover the cost of shooting additional footage. Of course, Brad refused. This prompted Tim to start scheming for leverage over his tormentor and an opportunity appeared in locked cabinets that Tim picked open out of spite.

Rifling through the cabinets, Tim found rows of source tapes with typical porn titles like Long Dong Silver but one called “Heather’s Problem Pumps” caught his eye. Aimed at a shoe fetish audience, Heather had a special relationship with a walk-in closet full of Fuck Me Pumps. Her quandary was which pair to wear. She spent all of her time putting them on, walking around, admiring them, then taking them off. Heather was in a serious dilemma and so was PG&E. The title, at least, was a perfect fit.
Tim considered “accidentally” sending PG&E a copy of Heather’s Problem Pumps with Brad’s production label. But after basking in this fantasy, Tim realized it could backfire. Brad's corporate business might suffer from exposure, but all that really mattered for Tim was to fulfill his contract with a workable result. So, he opted for subtle coercion.

Tim decided to mix some entertainment value into the videos. He had me intercut Heather’s quandary footage between the green screens and add snappy captions about the gratification of good decisions. The mashup was pretty funny and could certainly hold the attention of the typical PG&E gas pump engineer. After the final cut, Tim invited Brad for a preview. When Heather appeared, Brad emitted a long ahhhh. I left the room while Tim, the Wannabee Producer, successfully negotiated a re-shoot.